in Pets & Wildlife, Sports & Adventures, Things To Do 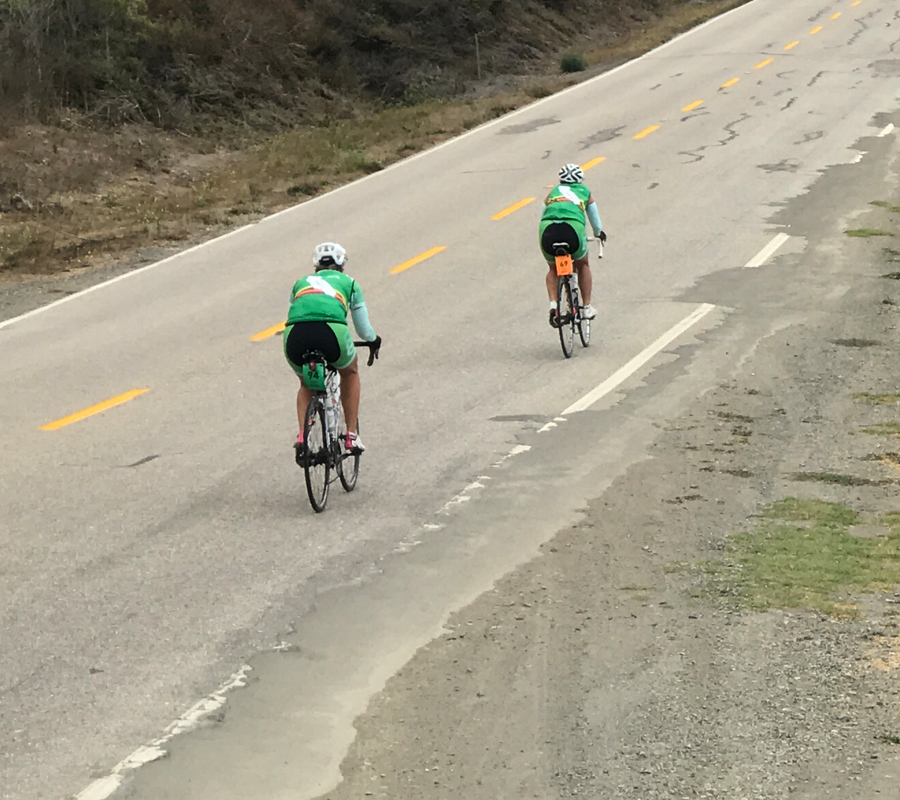 Meet Oren Noah from Sonoma County! In 2015, he was in a toxic working environment, 350 pounds, and trying to recover from total knee replacement surgery due to osteoarthritis. A combination of hard decisions and eureka moments would soon transform his life in ways he never expected.

The Biggest Misconception of Arthritis

Arthritis is commonly regarded as the “aging disease,” but actually, two-thirds of people with arthritis are under age 65, including an estimated 300,000 children! Arthritis isn’t a singular illness; it’s a category for over 100 forms of joint disease and is often linked to autoimmune disorders including Lupus, Crohn’s, and Lyme. Even more surprising—some participants of this tour, like Oren, complete the 525 miles over 8 days with arthritis!

Oren’s experience leading up to his first CCC bike tour involved profound grit and stoic determination—the obligatory “special sauce” which is vital in the business of taking control of one’s life. Here is his incredibly journey summed up into inspirational steps for setting a huge personal goal and succeeding with a charity ride.

As a lawyer, Oren worked both day and night in an agonizing work environment. But after recovering from surgery, he realized that his health began first and foremost with peace-of-mind, and as such, his job was no longer suitable to his wellbeing. “I went back to work with every intention of giving my two-week notice but I just sat there and said, ‘I can’t do this for two weeks. I can’t do this for one week. I don’t see myself being here tonight.’ So, I quit. Prioritized a few things and I was gone by the end of the morning.”

When Oren signed up for the CCC ride, he hadn’t been on his bike in years, but he didn’t let his initial threshold discourage him. He took it day-by-day, mile-by-mile: “I was doing a fair amount of walking and tried to get back on my bike again because I hadn’t done that in two decades. I could do six flat miles and I was just cooked.”

“I found out through Facebook that a friend of a friend was riding his bike from San Francisco to LA and I thought, ‘That’s what I need; a really big impossible goal! Realistically, if I worked really hard, in 5-7 years, I could do that!’ The next day I found out the ride was for the Arthritis Foundation! And I thought, “nooooooooo! Any other disease I could pass it off as ‘that’s really nice!’ But it’s what took my knee, crippled my grandmother, and screwed up my mom’s hands. So, this was God’s way of telling me ‘I have to do this and I have to do it NOW.”

Rather than 5-7 years, it took one year of hard work for Oren to participate and complete the 525-mile CCC bike tour.

“I compounded my errors by going on Facebook and telling the world, ‘this is what I’m doing’ and I threw away any kind of safety net. I spent months laying awake at night thinking ‘what the hell have I done?’ Every week I posted my mileage, my weight loss (or negative weight loss), and donations I raised.”

Publically committing works wonders because it encourages you to follow through with your physical and fundraising goals when you have a wide audience with whom to share your progress. You’ll also have the added benefit of seeing quantifiable progress and inspiring other potential riders and sponsors.

“I thought raising $3,500 would be daunting. There would be a lot of explaining to do if any of that ended up on the credit card. […] I told the story of what arthritis did to me, and what I’m doing to fight back. You never know if Arthritis is a big deal in someone’s family. I just happen to ask.”

Through Facebook, phone calls, and emails, Oren spread awareness and gained sponsorship. With 1 in 4 people in the U.S. affected with Arthritis, he was surprised at the shared experience when he engaged with others.

Oren became one of the Top Fundraiser Participants who raised $7,500 or more and proceeded to continue this trend every year since. “When you start getting close to your goal, bump it up,” he advises.

“One thing this ride teaches you is how to deal with pain. A lot of riders without arthritis think ‘I can stop and the pain would stop but if so-and-so stops they will still have pain so I’ve got to keep going.”

On Day 4 of the CCC, the riders experience the most climbing of any single day, 6,100 feet. There’s a climb called “The Twin Sisters,” that begins at the 50-mile mark. There are people that repeat the Sisters 2 or 3 times in support of those affected with arthritis because people who have it don’t have a choice of living in pain, or not. Some people do it 5 times!

Oren managed to put in 7,810 miles of training after originally struggling with six; he lost 95 pounds, surpassed the fundraising goal with a total of $7,501, successfully completed 525 miles, and over the course of the next 3 years, he has raised over $30,000 for the Arthritis Foundation.

Despite now having total knee replacement in both knees and continuing his battle with arthritis, Oren still completes every CCC ride from start to finish, which is affectionately referred to as “EFI” or “Every F-ing Inch.” This means, by his personal code, no SAG rides unless there’s uncontrollable bleeding or lack of consciousness.

Oren’s  strength of mind is attributed to the assertion: “I needed to transform myself from an arthritis victim into an arthritis warrior.” Upon reflecting on his achievements, Oren credits his success to having a super-supportive wife and family.

It’s stories like these that prove the remarkable effects of participating with a charity ride like the CCC.

If riding among pine-scented forests and jaw-dropping coastlines sounds like a dream to you, look no further than the Arthritis Foundation California Coast Classic Bike Tour. By partnering with the CCC your advantages are 10-fold including extensive training and fundraising mentorship in preparation for the event; unparalleled care and support each day of the ride including rest stops every 20-30 miles; access to experience the legendary Coastal route like never before; and, the opportunity to be part of an incredible mission by raising funds towards a cure for arthritis, a disease which is vastly misrepresented. Experience the benefits of this ride for yourself and sign up today for the annual California Coast Classic September 21-28, 2019!