in Featured, Food & Drinks, SoCal Trends, Things To Do 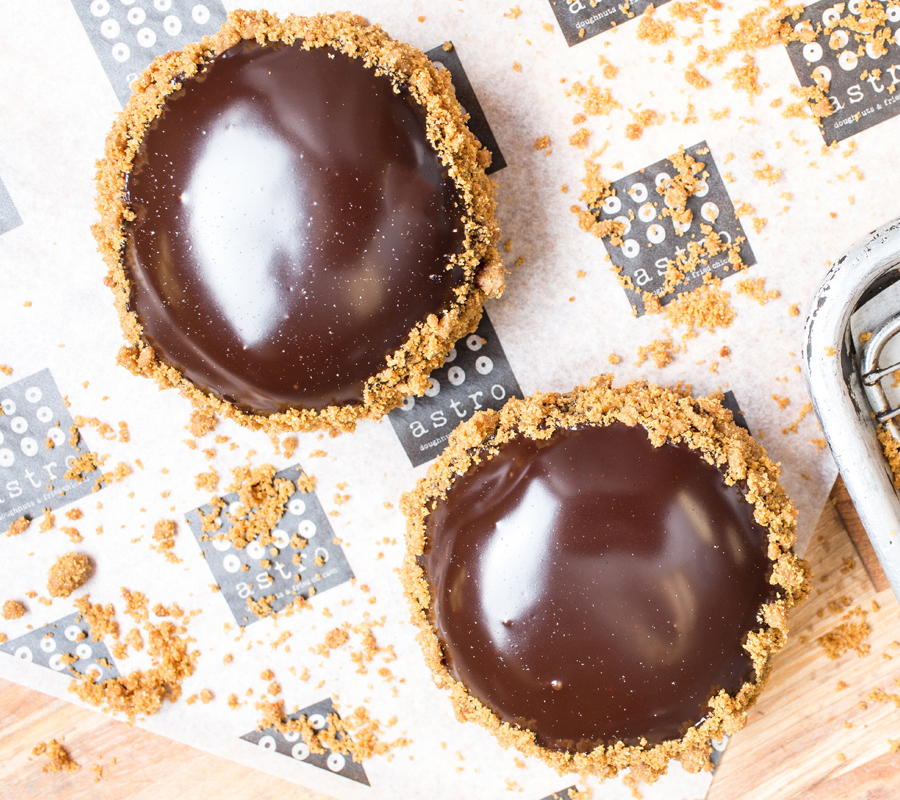 “Santa Monica is the perfect location for Astro’s playful personality, and we’re excited to be a part of the local community,” said Founding Partner Elliot Spaisman. “We’ve added some new additions including beer and wine, which pair perfectly with fried chicken and doughnuts, along with vegan options, and a beautiful outdoor patio taking advantage of the Santa Monica atmosphere, welcoming the community to a new neighborhood spot.”

The new Main Street location will boast 1,300 square-feet including views of the doughnut-making magic, and outdoor seating, decorated with hanging string lights. The space follows the aesthetic of the downtown Los Angeles storefront, with white brick walls, graphic art, and a 113-foot one-of-a-kind mural of the Astro Doughnuts & Fried Chicken Astronaut reaching out towards Main Street, adding to the creative Santa Monica community.

Astro Doughnuts & Fried Chicken Santa Monica is located at 2309 Main Street. Regular hours of operation are 7:30 a.m.-9 p.m. Monday through Friday and 7:30 a.m.-8 p.m. Saturday and Sunday, with plans to expand weekend hours to 11 p.m.; days and hours of operation to vary during the first three weeks of opening. The location will also cater to surrounding businesses, brightening office meetings, events, and holiday parties. Additionally, Astro Doughnuts & Fried Chicken’s Food Truck can be found throughout Los Angeles and weekly at the Santa Monica Farmers Market.

Astro Doughnuts & Fried Chicken offers classic and modern interpretations of two distinctly different, yet equally comforting all-American classics–fried chicken and doughnuts. The kitchen brings an artful and whimsical touch to doughnuts, while serving up regular, spicy, and seasonal varieties of fried chicken as well as doughnut and chicken sandwiches. Doughnuts and sandwiches are available for catering and private events. Astro was founded in Washington, DC by longtime friends Elliot Spaisman and Jeff Halpern, who grew up playing hockey together. Their reward of choice after games was a good old-fashioned doughnut. Astro Doughnuts & Fried Chicken has two restaurants in the Washington D.C. area and two locations in Los Angeles, at 2309 Main Street in Santa Monica and 516 6th Street in Downtown LA as well as a food truck in both cities, schedules can be found on Twitter. For more information, visit www.astrodoughnuts.com, or follow on Facebook, Instagram and Twitter.

When you stumble on a sunbathing mermaid on the Ma

A charming harbor off the beaten path in Huntingto

Yummy food served with heart and soul - no doubt o

Come for the food, stay for the view 🌴 #yamash