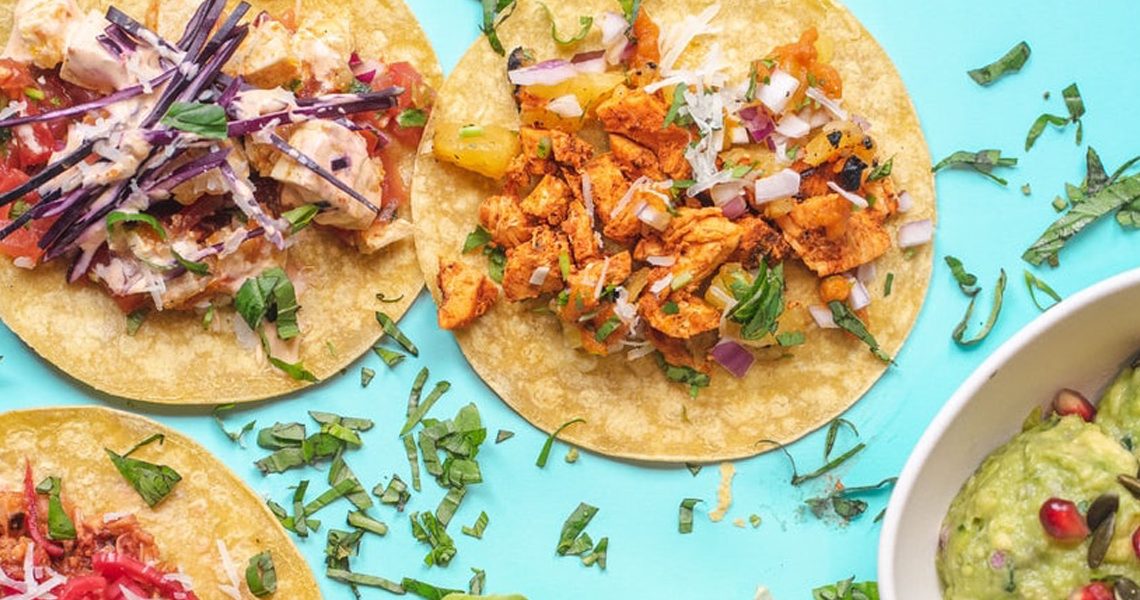 One taco, two tacos, three tacos, four. Impossible to eat just one, especially when you live in Los Angeles and blistering tortillas stuffed with seafood or meat can be found on street carts, temporary set-ups, taquerias, and restaurants creating their own spin on this fast food staple. Tacos are ingrained in Southern California culture.

Have you thought about where the fun sounding word “taco” came from? Miners in the late 1800’s brought tin lunch pails into the mines and sometimes used them to smuggle out high-grade ore while other miners brought their lunches wrapped in cloth bundles. It is said that Mexican miners were the first to describe rolled, filled tortillas as “tacos,” which originally meant a cigar-style explosive. The nickname ‘taco’ for the small charges of gunpowder wrapped in paper caught on.

Searching out tacos is a love language or a way of life in LA. Blaze your own Taco Trail.

LA chef legends Susan Feniger and Mary Sue Milliken opened this California Mexican restaurant, pouring out a sizeable taco menu with stand-outs like slow roasted Lamb Birria and Socal Dobladita concocted with roasted corn, kale, veggies, and chipotle aioli. Come for all-day Taco Tuesdays to sample as many as your belly can hold like Chorizo, Baja fish, and Steak and Shrimp with griddled cheese on blue corn tortillas.

Inspired by Mexican taquerias, the luscious soft but chewy flour tortillas may have you pulling your car over weekly to run into Platform LA in Culver City. The addicting Mushroom Taco holds the best blend of beans, cheese, guacamole, onion, cilantro, and salsa. Try the pork, beef, and chicken tacos, too.

While the Mexican OG Pizza is a fan favorite, Chicas’ award-winning taco is the vegan Impossible Taco. Devour our favorites – the pork taco or a beer battered fish taco with Cesar Salad on top along with a steak taco in their colorful outdoor modern casual setup in Culver City. Order the weekend Breakfast Tacos on corn tortillas with crispy potatoes, scrambled eggs, cheese, house salsa, cilantro and your choice of protein – shredded beef, chile verde braised pork, Choriman red chorizo or vegetarian-style. Find Chicas at many locations and tucked in the Whole Foods in Venice and All Season Brewing Co. on La Brea.

Vegan tacos are an easy find in LA. Sage brings you spicy eggplant barbacoa tacos, ban mi made with fried tofu tacos, a Baja fried avocado taco, and street tacos with chili seasoned jackfruit ‘carnitas.’ In Agoura Hills you can dine in a tree-filled outdoor atrium filled with other shops and restaurants.

Find street style tacos at this colorful roadside stand in Topanga Canyon that also has a seating area. This popular spot across from the funky Hidden Treasures store dishes up salmon, shrimp, and grass-fed carne asada tacos in thick soft mini tacos.  Vegans will appreciate taco options like hibiscus stew, soy chorizo potato, and yuca cassava. Don’t miss out on the fried plantains with black beans and cream. You can opt out of tacos by using the same ingredients in a tostada, bowl, or torta. Three tacos with an Agua Fresca is $14. Check for times and dates since it typically pops up three days a week from around 4:00 – 8:00p.m.

Todo Verde at The Ford Theater in the Hollywood Hills

The Ford made a bold move by going vegan with its culinary partnership with Todo Verde’s Mexican/South American plant-based menu from Chef Jocelyn Ramirez who gained taco popularity at Downtown LA’s Smorgasburg. Gear up for your live performance in this enchanting intimate canyon setting by coming early to dine outside on the terrace. Try blue corn tortilla tacos with spicy jackfruit carnitas doused with cashew crema and pepita pistachio pepita sauce, oyster mushrooms with spiced almond-based mole, and chorizo made with mushroom, tempeh, and tofu topped with fried onions and pickled carrots. Wash it down with the Black Rice Horchata or the Amorcito – a strawberry, rose, chia Aqua Fresca.

Right from their backyard, the grilling meat smoke will lead you to the spot for mesquite tacos packed with thick cuts of seasoned chicken, mild chorizo, and carne ranchera which sit atop griddled crispy cheese in handmade blue corn tortillas. The tacos are topped with chunky guacamole, onions, cilantro, crema, and cotija. Vegan friendly options like Soyrizo are also available. Add the cucumber lime Agua Fresca to your to-go order. Check for times because they often pop up on weekends starting at 3p.m.