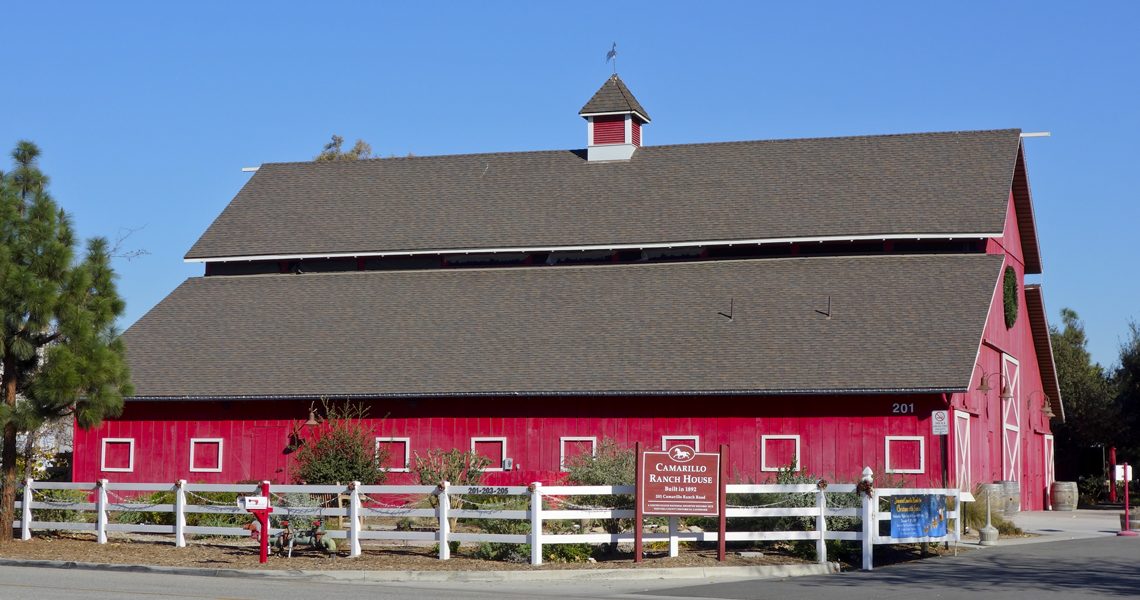 Known for picturesque scenery that ranges from agricultural-rich land to Spanish architecture, Camarillo, California, is a lively mix of modern amenities, lush, century-old vegetation and plenty of early California charm; and a pristine, 18th century ranch house is its anchor.

Juan Adolfo Camarillo first ventured to California in the early 1800s during the Hijar Padres Expedition There, he would purchase a 10,000-acre ranch. Camarillo’s land, which would become the site of his home, was one of the last remaining Rancho Calleguas (Mexican land grants) of the era.

Development and Public Relations Director for the Camarillo Ranch House, Niki Chopra Richardson, says, “The ranch house was the original home of the Camarillo family. It was a working ranch, but it was also very much a family home. When Juan Adolfo passed away in 1880, his eldest son, 16-year-old Adolfo, took over the ranch.”

Camarillo would not only run the day-to-day operations of his father’s ranch, he would take it from having only cattle and mules, to a booming agricultural business, including barley, corn, alfalfa and lima beans, as well as Citrus and Eucalyptus trees.

Camarillo would also breed one-of-a-kind horses there. “The Camarillo White Horse was his very own innovation. Today they can be seen prancing in Santa Barbara’s Fiesta Parade and of course, in the Rose Parade every year,” she says.

Adolfo married Isabel Menchaca in 1888. The couple (who would have seven children together) moved into a small adobe on the property. When it was destroyed by a fire, Camarillo set about building a brand-new house.

“Camarillo was a true patriarch. One of the things he stood the most for was family and so he wanted his home to reflect that,” she says.

Built in 1892, the residence was a grand, three-story Queen Anne Victorian-style with 14 rooms, a sprawling porch and some of the most unique vegetation available. “Many of the trees on the property are over 100 years old; and one tree that sits on the property—called the Morton Bay Fig—is the second largest tree in the state of California,” says Chopra Richardson.

Though Camarillo and his family resided there for nearly seven decades (Camarillo passed away in 1958) the house fell into major disrepair during the 1990s. There was talk of having it razed, but the community was against it. Eventually it was purchased by the city, Camarillo Ranch House Foundation was launched, and within a short time a 1.5 million dollar renovation on the property was underway.

Today the home, restored to its pristine Victorian-era charm, is bustling with visitors from locals to tourists. It serves as a historical museum, an educational center and community hub, hosting more than 150 events each year. “It is a very popular spot for weddings and other events. It’s managed by a small staff and we rely very heavily upon volunteers who donate hours of their time to help further the beauty and preservation of the house. We have docent-lead tours in period costumes and we also have educational activities for grade-schoolers,” she says.

Chopra Richardson also adds that the upkeep of the home is something that’s ongoing. “Even the most minor of repairs are done with the keeping and integrity of the Victorian era, which means we can’t just run over to the Home Depot if we need something,” she laughs.

When asked what connects people to the Camarillo Ranch House after so many decades, she says “Adolfo Camarillo was a rancher, yes, but he was also a visionary who cared deeply about family community. Much of his family—including his great great grandchildren—is still involved with the home and its preservation. Because of this, his legacy is very much alive today.”

Erika Thomas
Erika Thomas is a freelance writer living in Los Angeles. Visit her at www.thesavvyink.com and www.askmissa.com.
Latest posts by Erika Thomas (see all)