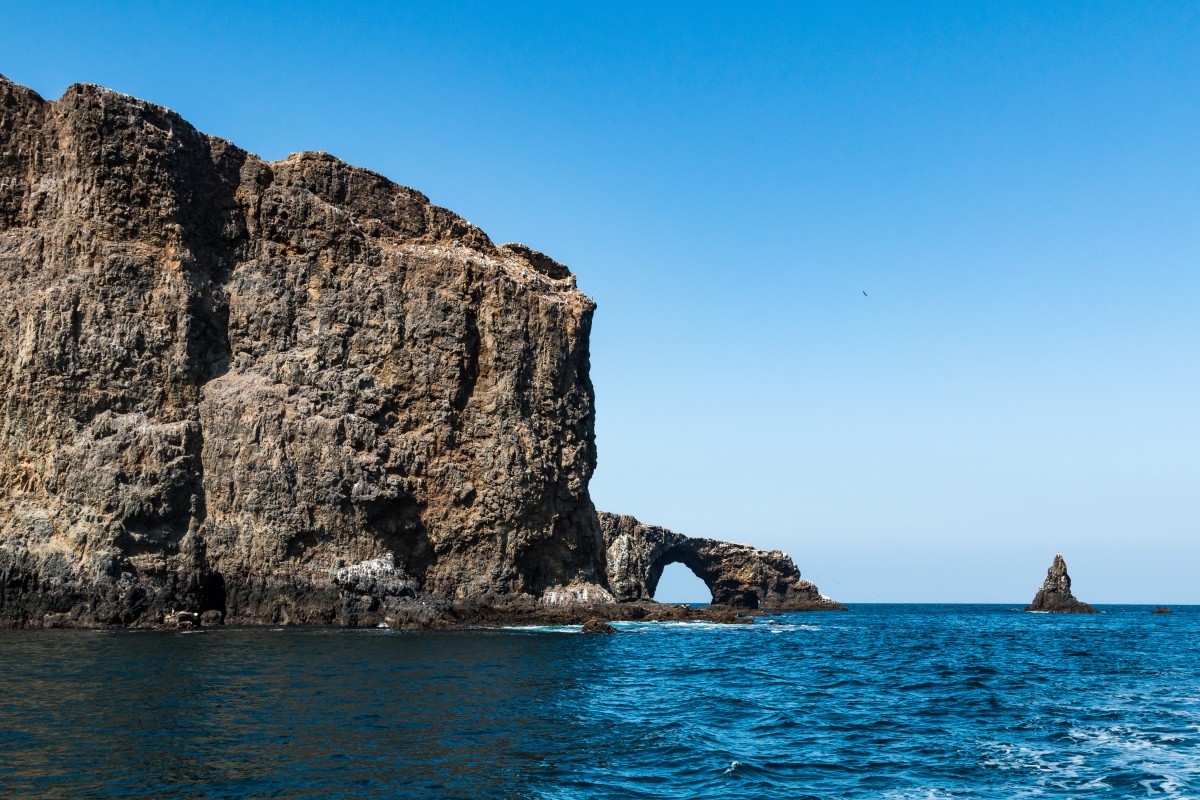 Just off the coast of Ventura is Channel Islands National Park, one of our richest, rarest national treasures.  Known as America’s Galapagos, the park’s five islands — Anacapa, Santa Cruz, Santa Rosa, San Miguel, and Santa Barbara — are treasure troves of history and recreation. It also includes some 2,000 diverse animal and plant species, 145 of which exist nowhere else in the world.

It has been home to the Chumash Indians for thousands of centuries and approximately 148 village sites have been found. These include 11 on Santa Cruz, eight on Santa Rosa, and two on San Miguel. The earliest human remains recorded in North or South America — two leg bones of the Arlington Springs Man who lived there 13,000 years ago —were found in the late 1950s on Santa Rosa.

The park also has more endangered animal and plant species than any other in the National Park Service system. The very survival of these plants and animals depends entirely on our ability to protect and maintain their habitats. This includes stabilizing cultural sites; removal of non-native plants and animals; recovery of the island foxes; re-establishment of bald eagles; and restoration of wetlands.

The nearest island, Anacapa, is popular for its half- and full-day trips. The east and west sides of the island are accessible to each other only by boat. Waves have carved the volcanic island into towering cliffs, sea caves, and natural bridges including the 40-foot-high Arch Rock symbolizing the island and park. Most visitors explore the east side where seabirds and thousands of others reside along with the largest breeding colonies of endangered California brown pelicans and western gulls in the world.

Another popular island for full day trips is Santa Cruz, where millions of years of isolation have resulted in distinctive plants and animal species not found anywhere else in the world.  At 96 square miles, it is the largest island in California with three mountain ranges, deep canyons, and 77 miles of craggy coastline cliffs. It also consists of giant sea caves, tide pools and lots of beaches. It is home to 140 land birds and 11 land mammal species; amphibian reptile species; large colonies of nesting sea birds, breeding seals, sea lions and other marine life. Traces of ranching in the 1800s and 1900s are evidenced by the remnants of adobe houses, barns, shops, wineries, and a chapel.

Santa Rosa, the second largest island in California and home to the Chumash until 1820, contains thousands of archeological sites.  European explorers, Aleut sea otter hunters, Chinese abalone fishermen, Spanish missionaries, Mexican and American ranchers, and the U.S. military all have left their marks here.  Remnants of fishing camps, water troughs, buildings and equipment of the historic Vail and Vickers ranch, and military installations still remain. Its typography supports about 500 plant species including six found only on Santa Rosa.

The smallest of the Channel Islands, Santa Barbara, is but one square mile. It may look a bit barren but is actually inhabited by elephant seals, yellow flowers,  and its own rich cultural past.  Plant and wildlife are also returning after years of ranching and farming. This recovery of native vegetation and removal of non-native animals and plants has aided in the restoration. Today there are 14 land birds nesting including the horned lark, orange-crowned warbler, and house finch which are found only on Santa Barbara Island. Seabird colonies are also benefitting with 11 nesting specials so far. The rocky shores also provide resting and breeding areas for California sea lions, harbor seals, and northern elephant seals. To begin to appreciate what you are about to see, it is highly recommended that you first do your homework. While camping is permitted, most visitors take day trips with boating adventure companies like Island Packers (www.islandpackers.com | 805.642.1393) to explore one of the islands with a naturalist, enjoy the beaches, kayaking, snorkeling  and other optional  activities.  Depending upon the time of year, you may also see dolphins at play or Blue and Humpback whales breaching.  To learn more, visit www.nps.gov/chis/learn/index.htm | 805.658.5730 where you can view island webcams, virtual tours, and more.