in Destinations & Landmarks, Things To Do 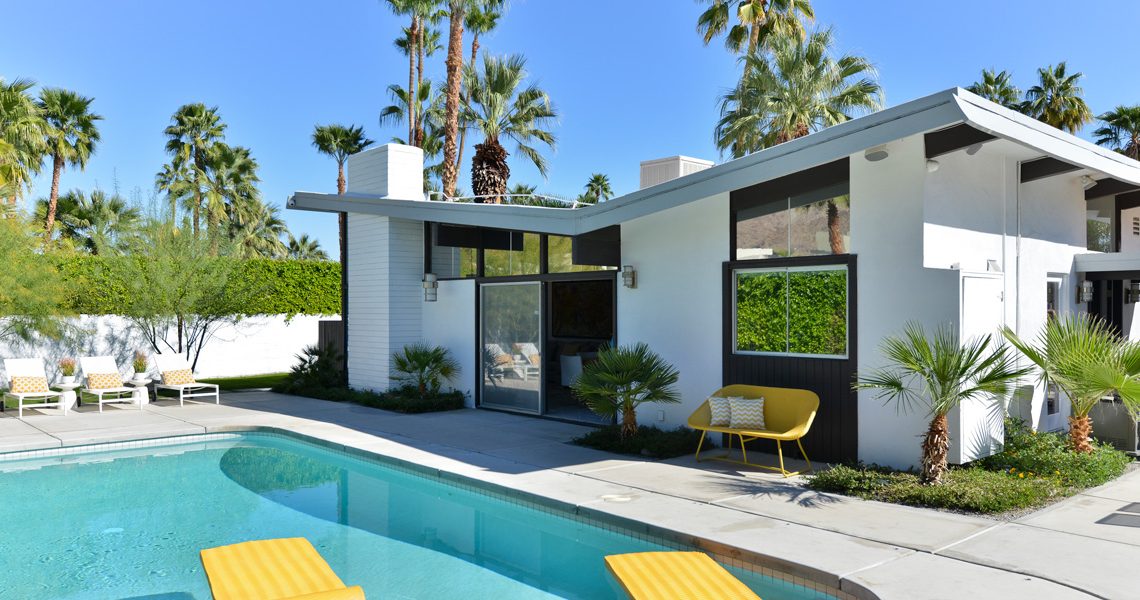 Modernism Week is the largest celebration of mid-century and modern architecture, design and culture and is held annually in Palm Springs, California. What started as a modest series of programs held over a weekend has now grown into an internationally acclaimed annual event that spans 11 days in February. Increased demand for Modernism Week events prompted the creation of a shorter October version called “Modernism Week Fall Preview.” Both events include home tours, lectures, films, double-decker bus architectural tours, vintage themed parties and more. More than 10,000 attendees participated in Fall Preview in 2019 and the 2020 Modernism Week attendance was estimated at 162,000 with more than 375 events during the festival.

In 2020, Modernism Week attendees came from all 50 States and the District of Columbia, with California accounting for the majority of attendees. In addition to many California visitors, the event was popular with attendees from Washington, Illinois, Minnesota, and New York. Attendees also came from all across the globe with 25 countries represented including Canada, Australia, Germany, United Kingdom, Spain, France and many more.

The annual festival has a significant community impact. Last year, it generated an estimated economic impact of $65 million for area hotels, shops, restaurants, and other local businesses from Palm Springs to Indian Wells and beyond.

As a 501(c)(3) non-profit organization, Modernism Week works closely with various community partners to help them produce events that raise funds to support their efforts to preserve and promote modernist architecture. Ticket proceeds for official Modernism Week events that businesses and organizations produced in 2019-2020 generated more than $1.3 million for various local partner organizations.

Each year the demand for additional programing increased and the founding partner organizations continued to expand their offerings. By 2009, programming was offered on two weekends. Eventually mid-week programming was introduced, and the event continued to grow progressively in scope and attendance until it reached its current schedule of 11 days and nearly 400 events.

In 2013, Modernism Week added programing in October as a preview of what was to come in February. The three-day event was named Modernism Week Fall Preview and expanded to four days in 2017. It now offers approximately 50 events over the four days and attracts approximately 10,000 attendees. Each year, the organization increases programing to meet the growing demand.

In 2015, the February event attracted 59,500 attendees, featured approximately 200 events, and had an estimated economic impact of $22 million. By February 2020, this number had reached an attendance of 162,000. In just five years, the event more than doubled its event offerings, and attendance and estimated economic impact increased by more than 35%.

Each year, Modernism Week offers a wide range of exciting and compelling programs to its many participants. Some of the most popular events include:

Like many organizations, Modernism Week has been profoundly impacted by the ongoing COVID-19 pandemic and social gathering restrictions put in place to help contain the virus. Out of an abundance of caution for the safety of its participants, partners and volunteers, Modernism Week decided to not hold in-person events in October and instead offered its first all-online event. The Modernism Week Fall Preview Online Experience featured guided video tours of signature homes, a narrated tour of Palm Springs by entertainer Charles Phoenix, design lectures, architectural films and even a live virtual happy hour. For 2021, Modernism Week will continue this online experience with more than 20 programs offered on-demand throughout the month of February. A series of in-person events and additional video programs are planned for later in the spring of 2021.