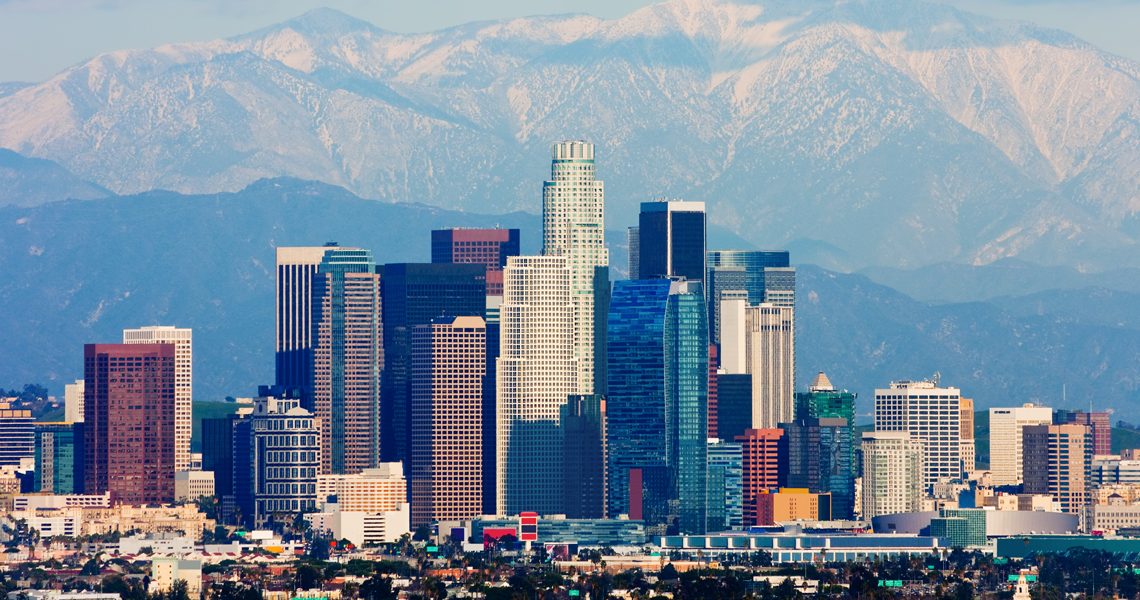 Most tourists head to cities to enjoy their fine hotels, restaurants, shopping, and activities. Not so with Downtown Los Angeles … until recently. It was a place where people worked and left it pretty much shuttered at 5 pm.  Happy Hours, movie nights and home were in the valleys, Inland Empire, Westside and coastal cities. And then the renaissance began.

Los Angeles was founded in September 1781 when 44 settlers established El Pueblo de la Reina de Los Angeles—The Town of the Queen of Angels, which a century later, had grown into the largest town in California. With the arrival of the railroads and land boom of the 1880s, the population of 11,000 exploded to 97,000.  Los Angeles was here to stay.

Growth of Downtown continued until 1957 when the building boom moved to outlying areas creating masses of shopping malls, business centers, entertainment complexes, and residential neighborhoods.  The city went into decline, and it wasn’t until the 1990s that the renaissance began. A vibrant new energy in economic and social environments created by millennials and other professionals began building a new social and economic dynamic in the heart of the city. With the resurgence came an influx of new businesses, shopping, entertainment, and major-name restaurants as new high-rise condos, apartment buildings, and hotels continually redefined the skyline.

Today, Downtown celebrates the old and new. Olvera Street, with its colorful market, historic buildings and celebrations including the Blessing of the Animals and Cinco de Mayo attracts some two million visitors annually.  Chinatown, background for many movies and TV programs, is undergoing a revival. The Chinese bakeries and traditional restaurants that remained during the exodus to the San Gabriel Valley decades ago are now being rejoined by a wide variety of new stores, businesses and restaurants.  Little Tokyo is also enjoying the return of excellent authentic Japanese restaurants and other renewed activity.

Once an area of abandoned industrial buildings, the Arts District, in which the renaissance began, remains a flourishing hub for L.A.’s creative professionals.  It was in the mid-’70s when a small group of artists and other creative innovators saw an opportunity in converting empty industrial and commercial structures into low-rent studios and living space. Actors Forrest Whittaker, Tim Robbins, and actress/director Jenna Fischer are a few of the personalities whose talents were nourished here. Today, the Arts District continues to be vibrant, creative community of artists, art enterprises and entertainment projects.

Restaurants, which once relied upon business lunch traffic, have multiplied into dozens of excellent international dining establishments including some of the country’s biggest names.  Bestia, an Italian restaurant in the Arts District, requires reservations weeks in advance.  However, you can walk into the bar, which is also a happening place.  BS Taqueria on West 7th and Broken Spanish on South Flower, both owned by renowned chef Ray Garcia, made Esquire Magazine’s “Best New Restaurants 2015” list and Garcia was named Chef of the Year.  Faith & Flower on West 9th with its signature gold chain chandelier and wall murals, was named Esquire’s “Best New Restaurant in 2014” and has earned top accolades from Travel + Leisure, Angelino, Thrillist, L.A. Times, and others.

Twenty four floors above the Los Angeles skyline in the Ritz-Carlton at L.A. Live is Wolfgang Puck’s award-winning WP24, named “One of the Best New Restaurants of 2010” by Esquire Magazine and “One of the Best New Restaurants in America” by Food and Wine. Modern Chinese cuisine and panoramic city views are complemented by a wine list of some 400 labels plus Asian beers and sakes.  Adjacent is Nest, Puck’s elegant new restaurant and lounge, offering more casual dining with Asian-inspired snacks, appetizers, sushi and signature favorites from WP24.

We cannot discuss dining without mentioningiconicClifton’s Cafeteria on Olive, the city’s oldest surviving cafeteria-style eatery and largest public cafeteria in the world.  Founded 80 years ago, it just completed another major update and is once again open with a new signature flair.

For decades, it was just The Music Center, L.A. Convention Center and L.A. Coliseum.  With the resurgence of Downtown rose the demand for leisure activities.  Today, the list of major entertainment and sports centers also includes L.A. Live, Microsoft Square, STAPLES Center, and Regal Cinemas.

Then there’s iconic Pershing Square, which debuted in 1866 as La Plaza Abaja (the Lower Plaza), functioning in part as L.A.‘s version of London’s Hyde Park Corner.  In 1918, it was officially renamed Pershing Square in honor of  General John Joseph “Black Jack” Pershing. Today, the site features an open, elevated amphitheater and masses of year-round activities for adults and kids including a six-week summer concert series with free music, films and events which morphs into an outdoor ice skating rink November through January.

The new wave of hotels in and around Downtown continues to include repurposing some of the area’s historic and eclectic buildings as well as new ground-up projects. In all, some 11 new hotels and three dozen residential buildings are coming to L.A. in the next few years, many of them in or neighboring the heart of the city.

It’s all good news for us and Downtown L.A.