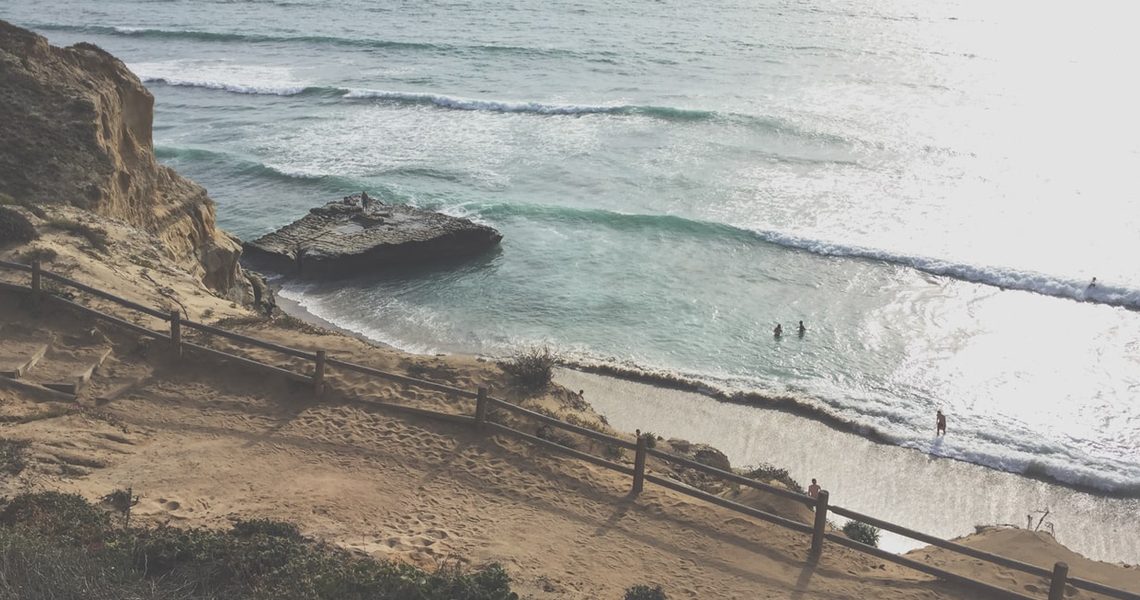 With a winding coastline of stunning views and unique microclimate rarely dropping below 50 or exceeding 90 degrees, it’s not surprising that La Jolla is one of the most desirable coastal cities in California. Surrounded on three sides by the ocean and backed by the steep slopes of Mt. Soledad, La Jolla’s classic Mediterranean village ambience suggests a casual, upscale lifestyle in keeping with its nickname, “the jewel” of San Diego.

Just 15 minutes north of downtown, La Jolla’s seven-mile stretch of picturesque coastline may be officially within the San Diego city limits, but it has shaped an esteemed identity as a city in its own right.  It is also one of the country’s most affluent communities with fine dining, shopping, art galleries, events and renowned research centers including the Salk Institute and Scripps Institute of Oceanography, now a part of the University of California at San Diego.

In 1913, the original Colonial Apartments and Hotel made big news when it opened, charging a nightly rate of $1 and has since watched a century of storied growth. Following its first renovation in 1928, the property reopened boasting the first sprinkler system in the western U.S., reinforced cement stairways and fire doors that still exist today. The prominent La Jolla Drugstore, a prime gathering spot for locals, moved inside the property and an ice cream parlor was added on the sidewalk side.  Gregory Peck grew up here.  His father was the drug store’s prominent pharmacist.

In 1947, the Colonial and other hotels welcomed some of Hollywood’s upcoming stars who were performing at the La Jolla Playhouse founded that year by Peck with fellow actors Mel Ferrer and Dorothy McGuire.  During the ensuing years, it was also frequented by Groucho Marx, Jane Wyatt, Eve Arden, David Niven, Charlton Heston, Pat O’Brien and many other notables. In 2013, The Grande Colonial celebrated its 100th birthday and today welcomes guests in keeping with its storied past.

Fun in the Sun

The La Jolla coastline varies dramatically from high cliffs and rocky shores pounded by crashing surf to a few reefs providing ideal surfing conditions to small sections of beaches suitable for swimming.  The most photographed is La Jolla Cove with its seven sea caves, calm deep waters, and soft white sand washed by azure waters. Paddling along the shore and exploring the caves is a kayaker’s and snorkeler’s dream while both snorkeling and diving enthusiasts revel in spotting colorful garibaldi, yellowtail, rays and leopard sharks and other marine life in their protected waters. No fishing, surfboards, boogie boards or other such toys are permitted.

One cannot talk about the area without mentioning the internationally-renowned Torrey Pines Golf Course, site of the 2008 and 2021 U.S. Open Championships and host of the PGA Tour’s Farmers Insurance Open. Other options include Torrey Pines National Park; Torrey Pines Gliderport, the country’ most popular soaring site for tandem paragliding and hang gliding  and San Diego Fly Rides’ Electric Bike Tour of La Jolla.

For all ages is the “Art of Dr. Seuss” at Legends Gallery.  Although not a doctor per se, Theodor Seuss Geiselwas one of La Jolla’s most eminent residents who wrote and illustrated most of his beloved children’s books here.  Also not to be missed are the spectacular Murals of La Jolla highlighting internationally-renowned artists. The Museum of Contemporary Art San Diego in La Jolla, whose collections include Pop Art of the 1960s and 1970s, also offers a Summer C.A.M.P. (Contemporary Art, Media & Process) for kid ages 5 to 17 led by local artist Michael Ano.  An Architecture tour of the Salk Institute features the “Acropolis of Modernism” while the free self-guided tour of the Stuart Collection of outdoor art installations on the UCSD campus invites you to interact with the world-renowned sculpture collection.

Some of the best gourmet tacos and Mexican food made from fresh local ingredients and house-made tortillas are found at Chef Trey Foshee’s new award-winning Galaxy Taco on La Jolla Shores.  Also new is Farmer & the Seahorse, Top Chef Brian Malarkey’s new farm-to-table restaurant in the Torrey Pines area.  For authentic Italian cuisine made from scratch, the new Catania Restaurant has been named one of Zagat’s Hottest New Restaurants in the U.S.  The new Duke’s La Jolla serves contemporary interpretations of traditional Hawaiian fare while the  newly-remodeled George’s at the Cove featuring George’s Gastrobar overlooks La Jolla Cove.

The previously-mentioned Grande Colonial Hotel, a consistent AAA Four Diamond Award winner, offers sophisticated rooms and suites with stunning views of the Pacific, the village and garden courtyard.  The historic La Valencia Hotel, known as the “Pink Lady of La Jolla,” opened in December 1926 and is looking better than ever at 90, offers 114 exquisite rooms and fine dining just steps from the coastline and Cove. For golfers, the famed AAA Five Diamond Craftsman-style Lodge at Torrey Pines has been awarded the TripAdvisor Certificate of Excellence for four years in a row.