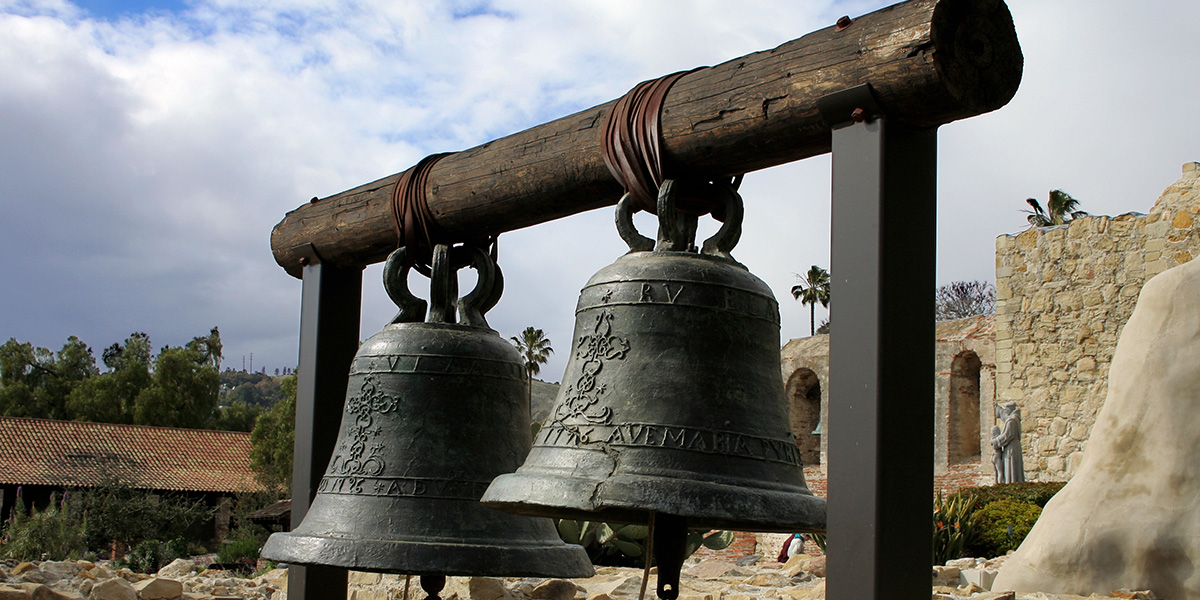 San Juan Capistrano is blessed with ideal Southern California weather year-round. Originally tribal land occupied by the peace-loving Acjachemen Indians, the Capistrano Valley in Orange County has long been home to communities that love to celebrate the land, its culture and heritage. Hardly a month passes without one event or another marking the calendars of its residents and visitors near and far. As a historic destination and a charming community, a visit to San Juan Capistrano is a day of enrichment on many levels.

The Spanish Era began November 1, 1776 when Mission San Juan Capistrano, founded by Padre Junipero Serra. It became the seventh of California’s 21 Spanish missions. Under its rule, nearly a thousand Acjachemens, renamed Juaneños by the Spaniards, built the mission. They worked with the settlers to create a thriving agricultural economy. By the early 1900s, the dominance of Spain and Mexico were gone and the population had melded into a tight community of farmers and merchants. They succeeded at developing a highly important agricultural center serviced by the railroad.

The mission, however, fell into disrepair until 1910 when Father John O’Sullivan arrived and restoration began. Mary Pickford married there in 1937, but it was in 1939 that NBC’s live radio broadcast first spread the story of the swallows across the nation. San Juan Capistrano quickly became a destination model for early California life. It attracted Hollywood, locals, busses of school kids and tourists from the world over. Today, the “Jewel of the Missions” is and one of California’s most important historical, cultural, and educational centers.

To assure perpetuation of Capistrano Valley’s cultural heritage and natural resources, community leaders developed a general plan in 1974 to preserve historic treasures. This limits development, and protects the valley’s ridgeline from construction. These wise measures have proven to be years ahead their time.

Today, San Juan Capistrano’s agricultural industry, down to one major organic farm, has been integrated into a blended economy. It’s headed by commercial endeavors, tourism and preservation. The mission, historical district of Los Rios and downtown are within walking distance of the railroad depot. The oldest neighborhood in California, Los Rios still has three original adobes from the mission days. Walking these streets with bougainvillea, wildflowers and cacti surrounding the plain buildings takes you back into a simpler time. You can listen to the sounds of birds, breath in the eucalyptus, and actually engage in face-to-face conversation.

Much of downtown has been refurbished and lined with shops including Antique Row, lots of dining options, refreshment stops and a couple of wineries. These include the family-owned Rancho Capistrano just a block from the mission. Here you’ll find some 50 handcrafted wines from grapes gathered from around the world which can be enjoyed in various indoor and outdoor settings and accompanied by small food plates and their signature pizza.

The train depot, where you buy your tickets in an old railroad car, is flanked by Sarducci’s Capistrano Depot. After a remodeling within historic guidelines, it will become Trevor’s At The Tracks. Nearby are the petting zoo, Hummingbird Cottage and Lemon Drop Gove for gifts, Ramos House Cafe, The Tea House on Los Rios, and The O’Neill Museum.

Known for its historic charm and considered the birthplace of Orange County, San Juan Capistrano is a SoCal must-visit destination. From wine tasting to shopping and special seasonal events, there is always plenty to keep visitors entertained.

For more information, check out www.visitsjc.com.

Santa Catalina is waiting for me 🚣‍♂️ #ca

This is the time of year Southern Californians beg

Congrats to all the couples surviving quarantine t

Practicing swinging our clubs indoors is not as fu

I donut know why people hate Monday?! Keep on spar