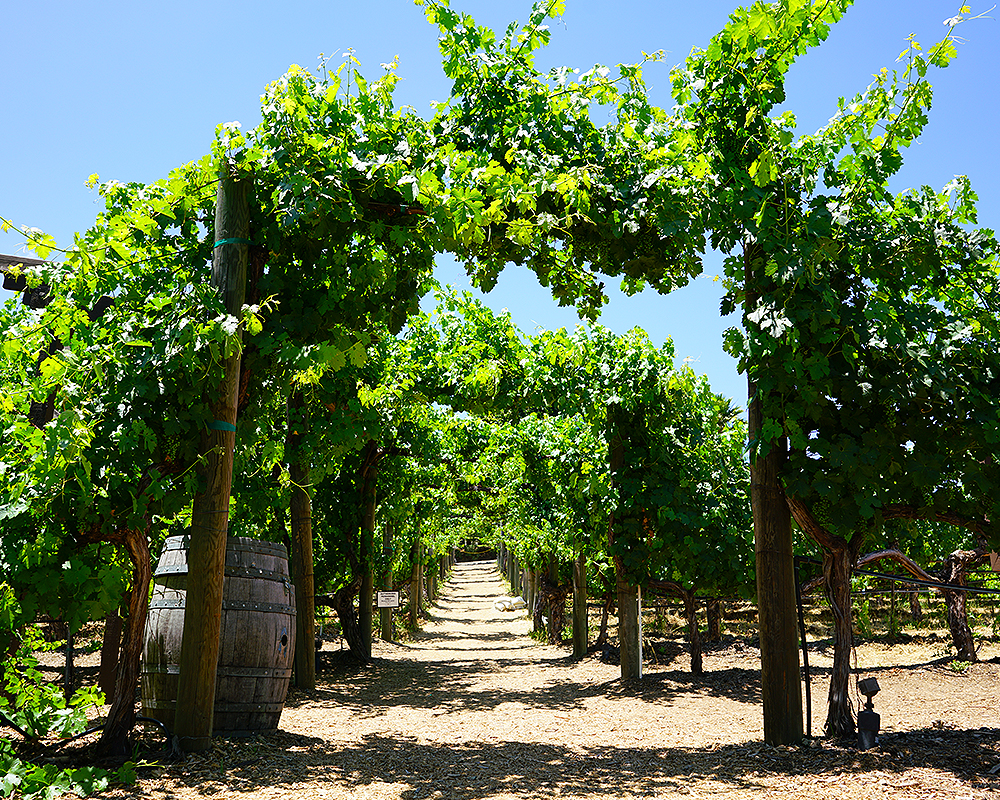 Whether your first glimpse is by hot air balloon, bike, walking shoes or automobile, you sense there is something special about the Temecula Valley.  Its rolling vineyards, historic town, majestic parklands, and activities blend past and present into a laid-back SoCal inland lifestyle that thrives on nature’s riches and man’s creativity.

An hour north of San Diego in southwestern Riverside County, the valley’s mild, year-round climate makes it ideal for week-end or week-long escapes any time of year.  Here you’ll find something for everyone starting with Old Town, which preserves its Old West heritage, miles of undulating hills and vineyards, and Pechanga Resort & Casino, the largest, most expansive resort-casino in California and one of the largest in the United States.

Temecula was home to the Luiseño Indians for at least 10,000 years before becoming a mission outpost, then a Mexican rancho, crossroads settlement, railroad town, and valley of vineyards to shape the Temecula Valley we know today.  Its name comes from the Luiseño Indian word “Temecunga” which the Spaniards interpreted as “Temecula.” Today, Temecula is the only city in California that still carries its Indian name.

The first known non-Indian to discover the area was Franciscan Padre Juan Norberto de Santiago in 1797.  Mission San Antonio de Pala soon followed, and in the mid 1800s, the Mexican governors of the province began handing out land grants to maintain control of the area.  With the arrival of the Butterfield Overland Stage route in 1858, Temecula became the area’s commercial hub, and a year later, the Temecula Post Office became the first inland post office in Southern California.

In the 1900s, the area continued to flourish.  In 1968, the first commercial vineyard was established and others soon followed. After the city was officially incorporated in 1989, Temecula boomed and today’s population tops 100,000. But despite its recent rapid growth, the city retains its sense of the past while embracing the future.

Set against hillsides purple with lilacs in spring, Old Town Temecula’s historic spirit still flourishes with its gateway arches, iconic lampposts, and storefronts reminiscent of the Old West. In contrast are more recent buildings of various architectural styles resulting in an eclectic blend of old traditions and modern trends.

No need to head north to Napa or Sonoma for a vineyard vacay.  There’s an excellent selection of B&Bs, vacation rentals and vineyard resorts offering the complete Southern California wine country experience.  One of the more popular is South Coast Winery Resort & Spa amid 38 rolling acres of a working winery that has, for the fourth time, earned the coveted California State Winery of the Year title – more than any other winery in the history of the competition.  This luxurious retreat offers beautifully-furnished suites and villas with free Wi-Fi, fireplaces, private patios, and hot tubs. Following a tour of the vineyard, you and your significant other can revitalize yourselves at the GrapeSeed Spa with its 24-hour fitness center, heated saltwater pool and whirlpools, steam rooms and dry saunas or just relax around the heated pool with underwater music.  Breakfast, lunch and dinner are served daily at The Vineyard Rose Restaurant, one of the area’s best for California cuisine.

Many Temecula Valley Wineries offer weekday tours, each with a different emphasis.  These include Bel Vino, Briar Rose, Callaway, Leoness Cellars, and Miramonte.  On weekends, they are offered by Falkner, Thornton, and Wiens wineries.

If you want a bird’s-eye view of the countryside, there’s not a better place to float silently above the treetops in a hot air balloon enjoying spectacular views of the vineyards, farms, ranches and citrus groves. A variety of rides are offered by A Grape Escape, California Dreamin’, and Magical Adventures. These are offered year-round, seven days a week (weather permitting).

You can also explore the countryside by horseback. Green Acres Ranch offers guided historical wine tours along vineyards, ranches, and wineries of the De Portola Wine Trail. Temecula Carriage Company adds another perk: wine-tasting tours through the vineyards in a horse-drawn carriage.

High on the entertainment list are summer concerts in the vineyards. Thornton Winery’s French-style chateau is the setting for its Champagne Jazz series (May through October) and has presented talents like Michael McDonald, David Sanborn, Bob James, Kenny G, and Boz Scaggs.  Similar entertainment is held at numerous other wineries. Signature celebrations throughout the year include the Annual Barrel Tasting in January, Temecula Valley Balloon and Wine Festival in June, California Wine Month in Temecula Valley Wine Country throughout September, the CRUSH Gala in September, and People’s Choice Blind Tasting & Awards in November.

Looking for a little casino action? Since 2002, the valley has been home to the AAA Four Diamond Pechanga Resort & Casino, owned and operated by the Pechanga Band of Luiseño Indians, and it is one of Southern California’s premier venues for live concerts, entertainment, gaming and dining.

The resort’s Journey at Pechanga golf course is also recognized as one of California’s best. Incorporating natural lakes, waterfalls, streams, indigenous flowers, plants, and wildlife, each hole has a Luiseño name describing the area it occupies.