The Original Farmers Market: People Have Been Meeting at Third & Fairfax for 80 Years 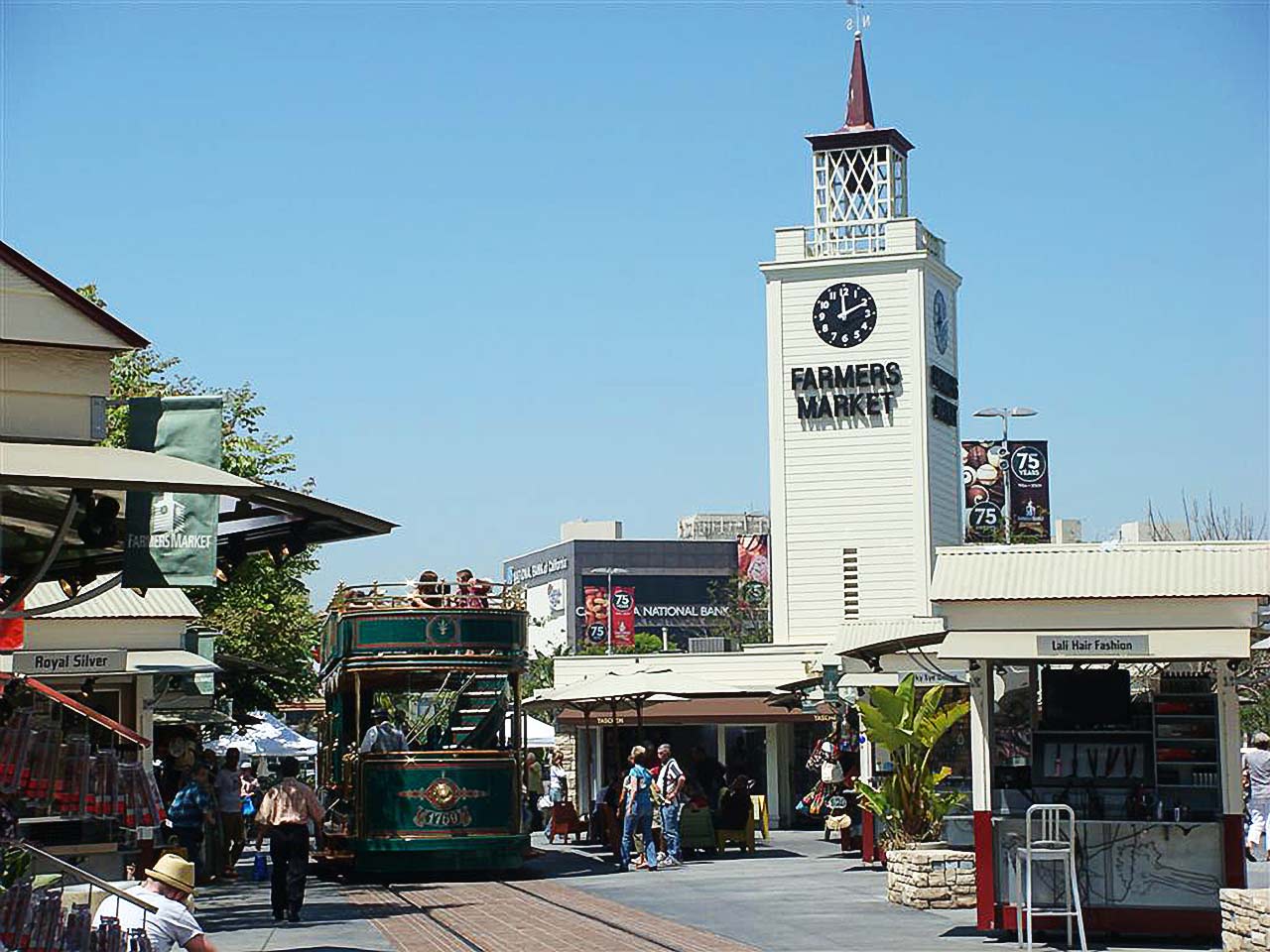 Cheerful greetings of “Hi” and “Good to see you” in a sunny Irish dialect can be heard on any given afternoon from behind the counter at Magee’s House of Nuts at LA’s Original Farmers Market. The infectious salutations come from Doris Perez, who has been serving customers there for over 50 years. “I came here from Ireland in 1959 with the plan to stay for one year.” Perez (formerly Leach), who briefly worked as a nanny for an Encino family, says, “I liked it so much that I just never left.” Working first at the Market’s Desert Date Shop in 1963, she moved to Du-Pars shortly thereafter in 1968, where she would stay for 38 years. When they closed for remodeling, she moved over to Magee’s where she’s been ever since. “If people like to buy a particular thing, I write it down, along with their name, so I can always remember what they want when they come here.” Ever-ingrained in the history of this famous place, Perez, who has waited on everyone from heads of state like Eisenhower and Bush, to music mega-stars the Beatles, seems to have been there forever. But the story of this colorful, local market began over eight decades ago.

Long before the scads of retail stores, restaurants and parking structures, before CBS Television City and before the luxury shopping metropolis known as the Grove, LA’s Original Farmers Market was the site of Arthur Gilmore’s 256-acre dairy farm.

Gilmore, who had been looking to expand his farm, knew he would first need to provide more water for his livestock. While drilling for water one afternoon, the farmer struck oil and in an instant, he was rich. Cows were replaced by oil derricks, which would continue to harvest oil, though city officials would soon tell Gilmore the intrusive rigs would no longer be permitted. Gilmore vacated the property for his next venture, a sports venue he would name Gilmore Stadium.

His land would sit empty until a group of farmers decided to make use of it. Parking their produce-filled trucks on the deserted tract in the summer of 1934, they sold their goods to locals—mainly housewives—and offered vegetables, fruit and other locally produced items. By October, only a few months after opening, merchants had built and moved into permanent stalls. Soon more sellers joined them and the list of offerings grew, boasting everything from meat and sausage to pie, candy and ice cream. The famed clock tower went up in 1948, making the corner of Third and Fairfax an official landmark. In just over a decade, the Farmers Market had become the go-to spot for LA’s most fresh produce and delicious eats. CBS Television City opened next door in 1952 (Gilmore Stadium was demolished to make room for it) bringing an influx of celebrities, not to mention giddy tourists hoping to catch a glimpse one. The Farmers Market soon became a place movie stars were known to frequent, and studios often used it as the backdrop to shoot up-and-coming starlets’ publicity photos. Marilyn Monroe was even named “Miss Cheesecake of 1953” by Michael’s Cheesecake, where she was photographed cutting into one of the fluffy confections wearing a chef’s hat and an evening gown. 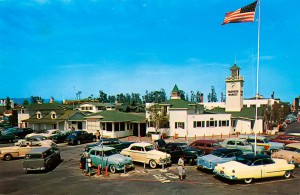 The Original Farmers Market: People Have Been Meeting at Third & Fairfax for 80 Years

The Farmers Market seemed to enjoy a never-ending heyday for decades until the 1990s, when its popularity began to wane and business declined significantly. “Things really started to slow down and a lot of the vendors were struggling. So it really helped us when the Grove came along,” Perez says. Today, the Original Farmers Market continues to enjoy a bustling existence and remains one of LA’s most popular places for locals and tourists. When asked what Perez likes most about working here she says, “Just meeting people—all kinds of different people. I’ve gotten to know so many of them over the years. And the Market has the best atmosphere. It’s a great place to come.”