in Food & Drinks, Things To Do 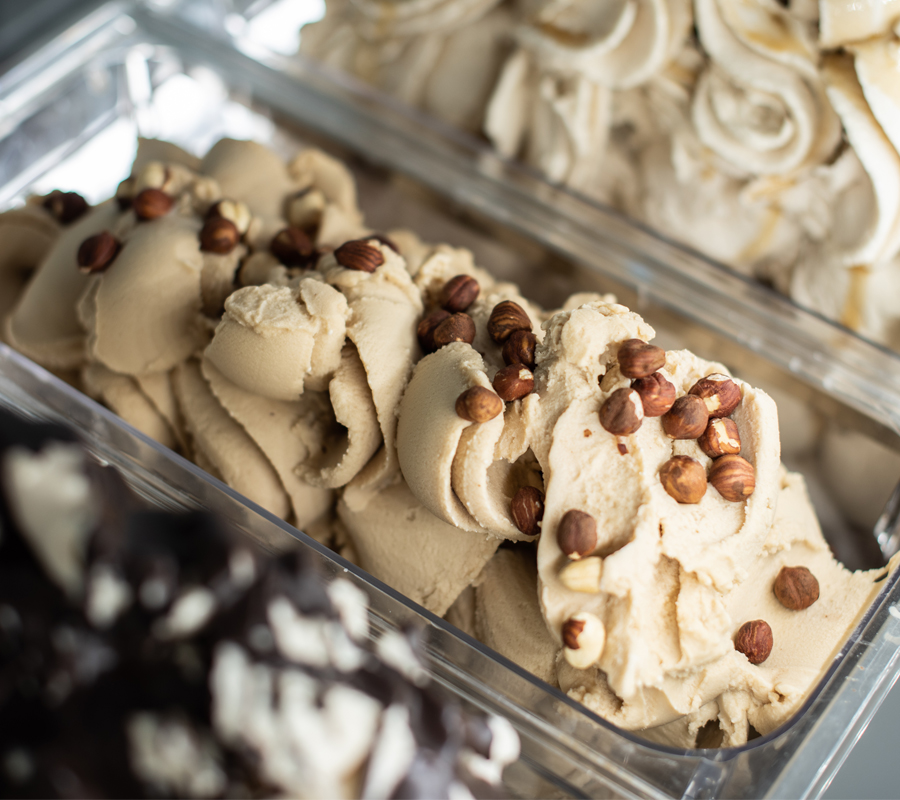 The world’s premier (and only) event dedicated to artisanal gelato, Gelato Festival, has opened its permanent flagship store at 8906 Melrose Ave. in West Hollywood. More than simply a scoop shop, the 3,000 square foot gelato wonderland houses:

Born in Florence, Italy in 2010, Gelato Festival was founded on the belief that gelato is a universal symbol of happiness—and that there are few pleasures in life greater than the feeling of licking a truly delicious scoop. Over the past ten years, it has hosted more than 100 decadently fun festivals across the world where over 3,000 of the most accomplished gelato chefs compete with their original flavors. Attendees have the opportunity to taste all the competing flavors, vote for their favorite one, and even watch gelato chefs at work in the world’s largest frozen dessert laboratory on wheels.

With its first flagship location, Gelato Festival organizers will give the convivial spirit and transportive atmosphere it has cultivated at its festivals for the last decade a permanent home. Customers will not only be greeted by mouthwatering, artisan gelato flavors—but enjoy an atmosphere of saturated in bright hues, interactive touches, rotating contemporary art installations (the first of which features giant, recycled plastic spoons created by celebrated Italian artist Simone d’Auria), and even a mini interior “piazza”. The store will also serve as a hub for innovation, bringing in the top gelato chefs from its network on a regular basis to experiment with new, boundary-pushing flavors that incorporate the best local ingredients. On top of a dynamic schedule of programming, the result will be a one-of-a-kind, experiential bridge between the tradition and culture of the Florentine Renaissance and the vibrancy of West Hollywood.

“As a native Florentine, I grew up with a passion for gelato, and as an adult, I became obsessed with the idea of sharing my love for this frozen dessert with the whole world,” says Gabriele Poli, Founder & President of Gelato Festival. “And with so much enthusiastic support for the festival over the last decade, it felt like time to finally leave a lasting mark. Serendipitously, during the process of planning our two-day festival in Los Angeles, we fell in love with the West Hollywood community.”

Additionally, as part of an introduction to its neighbors, Gelato Festival has partnered with Project Angel Food to create a number of initiatives that will launch next month to support the organization. To start, Gelato Festival will create an exclusive, limited edition flavor for Project Angel Food’s 30th Anniversary Angel Awards on September 14, which it will also sell in the store for the months afterward. Proceeds from the sale of each scoop will go directly to the organization, which prepares and delivers medically tailored meals to feed people impacted by serious illness throughout Los Angeles County.

Gelato Festival’s flagship store will be open Sunday through Thursday 12-10PM, and Friday and Saturday 12-12PM, with special weekly events (TBA). For more information, visit gelatofestival.com/store and follow along on Instagram @gelatofestival.

Hanging with a VIP (very important pup) & work is

Happiness is a sunny day and fields of sunflowers

From beachy vibes to historic missions and outdoor