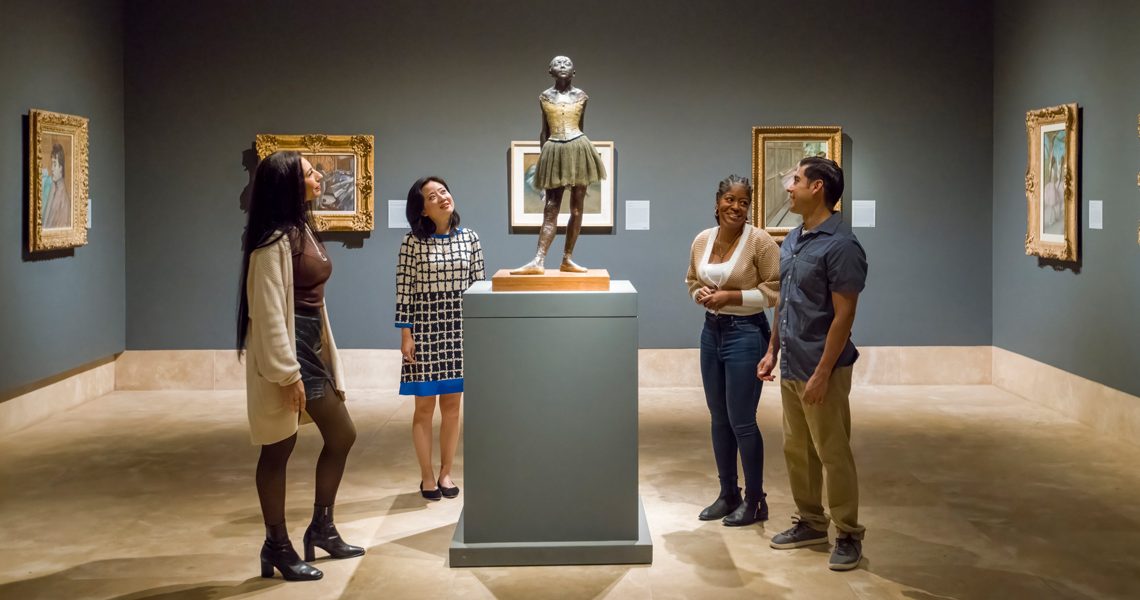 The streets of Pasadena were alive with activity as over 700,000 visitors attended America’s New Year Celebration, anchored by the Tournament of Roses® 134th annual Rose Parade and the 109th Rose Bowl Game. Temperatures in January are moderate in the 60°s, an ideal seasonal escape for winter travelers coming from the east. Pasadena visitors will experience a myriad of new experiences in January 2023.

Visit Pasadena is sharing a series of bite-sized Instagram reels in collaboration with the 2023 Royal Court, encouraging consumers to shop small and dine local in this Instagram Guide.

Pasadena has recently been recognized as a top-ranked destination by Smart Meetings, earning the 2022 Platinum Choice Award. The city was also named the fourth most creative city in the country by a report conducted by Workamanji analyzing the state of different cities’ creative economy and atmosphere.

The oldest comedy club in the country, iconic since 1960, just got a huge makeover under new ownership. Under Johnny Buss, co-owner of the LA Lakers, Ice House Comedy Club will debut in January 2023 with two bars, a VIP lounge with direct views of the main stage, and a brand new entryway. From renowned comics to fresh faces, the entertainment lineup will also expand to include music, dancing, and live entertainment.
https://icehousecomedy.com/

Pasadena Playhouse, the official California State Theatre, is kicking off 2023 with a six-month celebration of Stephen Sondheim. From January 26-27, students of the Pasadena Unified School District will be performing Sondheim’s Into the Woods, a rich retelling of classic Brothers Grimm fables. Other performances in the season will include Sunday in the Park with George, multi-award winning musical theatre actor Larry Owens’ Sondheimia,

See Pablo Picasso’s Woman with a Book side by side with the artwork that inspired it, Jean-Auguste-Dominique Ingres’ Madame Moitessier, through January 30, 2023.

The iconic Langham Huntington hotel is a historic landmark seen in many beloved films and television series such as The Parent Trap, Saving Mr. Banks, Modern Family, and more. At the resort’s Chuan Spa, which is influenced by Traditional Chinese Medicine, new spa treatments such as the JLO Facial and CBD infused massages offer new and reinvigorating experiences to compliment the treatments rooted in each of the elements.
https://www.langhamhotels.com/en/the-langham/los-angeles/wellness/chuan-spa/

Located on Colorado Boulevard and the Rose Parade route, the 1926-built hotel once known as the Constance Hotel reopened this year as the Pasadena Hotel & Pool with an incredible renovation and a magical rooftop pool and pool deck. The property features an impressive Presidential Suite with a 1,000 square foot terrace. With many grandiose historic features, including an ornately refinished display of the original phone booths in the lobby, the hotel also has 13,771 square feet of meeting space.
https://www.pasadenahotel.com/

Rose Bowl Flea Market at the Rose Bowl Stadium, every second Sunday of the month, welcomes 20,000 buyers and over 2,500 vendors.

Pasadena Cheeseburger Week celebrates Lionel Sternberger, the culinary genius that first put cheese to hamburger and served it at the Rite Spot in Pasadena in 1924. Come to Pasadena for a Cheeseburger Crawl, take the Cheeseburger Challenge, and eat your way through the special promos on cheeseburgers at classic burger joints and new contemporary eateries.

ONEUS 1st World Tour “Reach for us” at the Pasadena Civic Auditorium (300 E. Green Street) is a part of their first ever world tour. The South Korean K-pop boy band was named by Billboard as a new “K-Pop Act To Watch” and featured as a Billboard Social 50 Chart for high engagement.

The Pasadena Convention & Visitors Bureau (Visit Pasadena) is a non-profit marketing organization dedicated to promoting Pasadena as a leading meeting, convention and leisure travel destination. It is responsible for the sales and marketing efforts to attract meetings, conventions, events, and leisure travel. Through the impact of travel, Visit Pasadena enhances the local economy for the well-being of the community. For more information, go to www.visitpasadena.com. Follow us on Instagram and Facebook at @VisitPasadena.