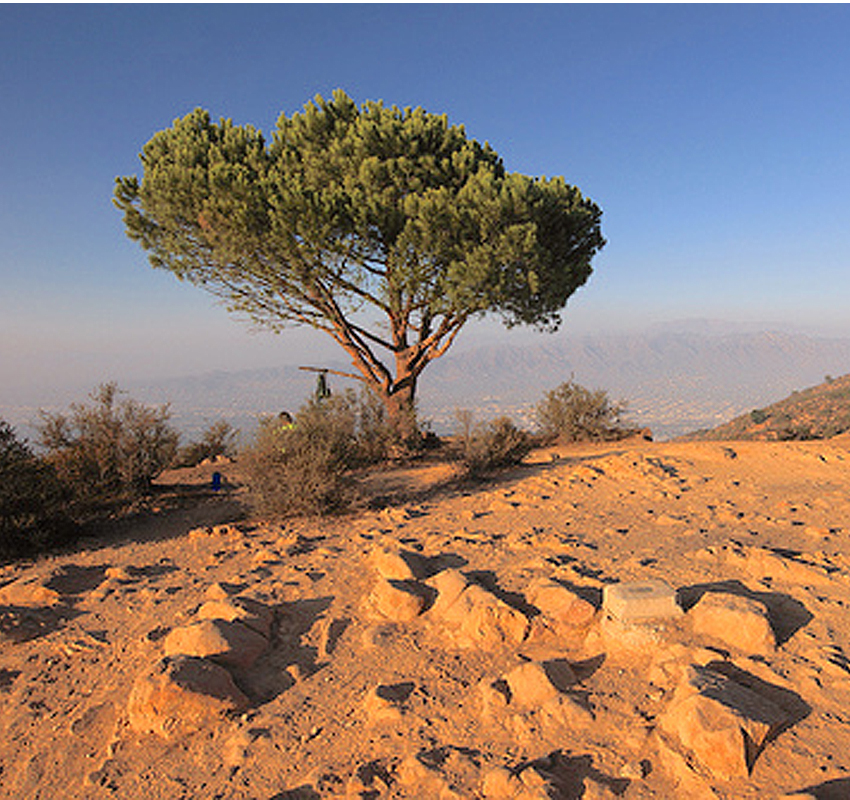 Situated on the Cahuenga Peak Trail in Griffith Park, the “Wisdom Tree”—which resembles a bashful sprout of broccoli—should have been one of Mother Nature’s tragedies, but it has turned out to be a rousing success story.

For all intents and purposes, the tree should have succumbed to not only an unmerciful fire in 2007, but a land sale in 2010 that would have seen it felled without forethought. However, the inferno, though unrelenting as it was in destroying most of the vegetation around it, spared the limbs of the tree. And the potentially disastrous real-estate transaction was countervailed by The Trust for Public Land, which won out when a miraculous $900,000 check by Hugh Hefner sealed the deal and salvaged the tree’s fate.

After winning the “Save the Peak” sweepstakes, the tree has been since meditating on an additional 138 acres of public property, accessible to all visitors, who often hike by to bask in its sage vibe. The really inspired ones will pick up one of the many journals and pens placed at the feet of its bark (provided by advocate Mark Rowlands) and write a meaningful message for posterity.

Among all the Wisdom Tree supporters, perhaps the one who takes the most pride in its continued prosperity is Councilmember Tom LaBonge of the Fourth Council District, of which the tree, belying its relatively timid size, is a sizable part of. For LaBonge, the “Magic Tree” as he calls it, fills the spirit to such capacity that “when you’re near it, you’re the richest person in town—to see the San Fernando Valley, to look out to Catalina, the Pacific Ocean, and every forest [along the periphery]— as it is a remarkable place to stare and look.”

While some may not understand the tree’s significance, it is tantamount, as LaBonge eloquently puts it, “to the trees in San Vicente, the Moreton Bay fig trees in Santa Barbara, and the Sequoias. Our Magic Tree means something because it brings love to people and unites them—like its roots.”

Little in stature, but big on love—that’s the Wisdom Tree.

Latest posts by Imaan Jalali (see all)
Leave a comment